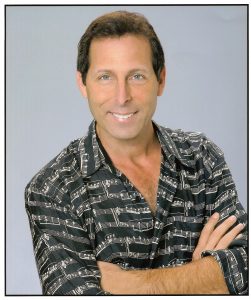 Wayne L has been entertaining audiences  around the country for the past twenty five years. His unique blend of musical comedy and audience participation make him one of the most sought after entertainers in the business.

Wayne was a finalist on the national televised show “Star Search” and he produced, directed and starred in his own television show called “Escape to Stardom”. He currently has the longest one man show at the Hollywood Beach Theatre in Florida and has been a headliner on many cruise ships.